There are over 300 items in Minecraft. Stuff you can craft and collect is everywhere, and the game has been receiving regular updates for 10~ years. With so much content, not everything can be a winner. That’s just the law of averages, and there have been plenty of updates that added junk to the game that serves almost no purpose, and was quickly forgotten about. Really, it was the new Caves & Cliffs update that got us thinking about useless items. The update is packed with significant and important changes, adding tons of new biomes to the game world that might significantly chance (and improve) the way we play Minecraft. At least, it will when the full update drops in December, 2021.

But it also adds silly things like the Screaming Goat — an extremely rare Goat Variant that can only appear by 2% random chance, and can’t even spawn from baby goats. The Caves & Cliffs Update adds more stuff like geode crystals and copper. Copper has been a longtime wish from fans, and I can’t say we’re super impressed with how copper fits into Minecraft so far. I’m waiting for the big Copper Wiring update.

Let’s take a look back and pick the most worthless, useless, and skippable items in Minecraft history. We’re being a little tongue-in-cheek here, obviously even the junkiest items in Minecraft have their uses. Even the most maligned items can be used for a fun decoration or a nasty trick in a custom map. The Minecraft Community is so endlessly creative, there’s always an upside. These are just our picks for the silliest items so far.

Get more gaming lists on Gameranx:

The Spyglass is a totally new item included in the Caves & Cliffs update — and it’s the item that really got us thinking about all the semi-useful (and totally useless) cruft that’s overflowing the digital coffers of Minecraft. The Spyglass is a little item you can use to get a better look at something far away. There’s just one problem — there’s nothing you need to look at from far away! Due to the way Minecraft worlds are generated, lots of players will barely be able to see in the distance at all until their chunks load. The Spyglass basically lets you see about 50 blocks away.

Building it requires very specific items; you’ll need copper ingots and amethyst shards. These are even more unique resources exclusive to the Caves & Cliffs update. Both of these items are basically useless except to make the very, very specific new items included in the update. You can use copper to make a Spyglass and a Lightning Rod. The amethyst is just for the Spyglass and foggy windows. That’s really it! The only reason the Spyglass isn’t lower on the list is because it does look kind of cool. If you want to roleplay a pirate on the open seas, the Spyglass is a must-have item.

It is possible to make the Spyglass work even better — with OptiFine and FOV 30, you can view objects from incredibly far away. Just toy around with your settings and it is possible!

Gold is only good for its shininess. Gold tools are less durable than their lower-tier counterparts, making them essentially useless. Why make a Gold Hoe when it breaks faster than a Wood Hoe, the most basic hoe in the game?! And just the idea of using a Gold Hoe is absurd. For whatever reason, Gold Armor, Gold Sword, even a Gold Pickaxe makes more sense to us. But a Gold Hoe? You can truly become the world’s most ostentatious farmer if you really want to. There’s nothing cool about a Gold Hoe, making it both useless AND agonizingly lame.

The Diamond Hoe is another absurd tool. Obviously it actually has a use. The Diamond Hoe is very durable — but why waste diamonds on one of the easiest-to-make items in Minecraft? Stone Hoes just seem right for doing boring work. A blinged out Diamond Hoe feels like a waste of valuable diamonds.

Why is Andesite even in Minecraft? This smooth gray rock looks almost identical to Stone. And we already have a few other grey blocks you’ll constantly accidentally harvest — Andesite just happens to be the one block you’ll not even realize you’re collecting. Seriously, the shade of grey is so close and the texture is barely differentiated! And Andesite has no use whatsoever. The only thing you can do with Andesite is make walls / steps / slabs, and make Polished Andesite.

Polished Andesite? Okay, that looks a little cool. But the standard Andesite Blocks just look like Stone with all the usefulness drained out. Andesite Blocks are totally just an extra bit of junk the developers threw in when they were really running out of ideas. How about a slightly different grey block?

Another extra item simply created to add complexity to the game. The Fire Charge is an alternative Flint and Steel — it starts a fire, just like Flint and Steel. And you need Blaze Powder, so it’s much harder to craft! Really, the only reason Fire Charges exist is to make crafting Fireworks slightly more difficult. Instead of just sticking Flint and Steel into Fireworks, the developers threw in this Fire Charge contraption. If you could throw a Fire Charge, maybe I’d feel different, but you can’t even do that without sticking the Fire Charge into a Dispenser! Come on, let us throw them! Maybe they should explode too? I’d absolutely change my mind if they exploded.

The Minecart With Furnace is an item in limbo. It’s available in some of the old Legacy Versions on console, and is (sometimes) removed completely when upgrading to the Bedrock Edition. There’s a reason why the developers think about removing this absolutely pointless Minecart — it doesn’t do anything a Powered Rail can’t do better. By placing a Furnace in a Minecart, you can feed it coal to send it down any rail system. For the longest time, it didn’t even work properly — often derailing itself on turns. And even worse, there is no Furnace graphical display menu, so you just have to chuck coal into the machine and hope for the best.

There are uses for the Minecart With Furnace. You can send linked carts down a long rail system with it, theoretically. Most of us will probably just build a series of Powered Rails and nudge the carts forward or use a Piston to launch them on their way. The Minecart With A Furnace is a solution to a problem nobody has.

Look, we all want to ride the pigs. The Carrot On A Stick is a joke item that lets you lead pigs in any direction while you ride them. Pigs can’t be trained like horses, so the only way to direct a pig is with the carrot on a stick… and that’s all it does. Riding a pig is fun for a few minutes, then we all get sick of it and just ride our horse again. The pig is a pretty poor mount, and each time you boost you use some of the Carrot’s durability — so you’ll have to reset the Carrot On A Stick periodically if you want to travel any distance at all.

This is the definition of a joke item. Just a silly thing thrown into the game. Another similar item, the Warped Fungus On A Stick is way more useful too! You can use that to ride (and steer) a Strider in the Nether. Striders can safely walk on lava, making them a pretty dang worthwhile temporary companion.

Nobody wants this gross soup. Beetroot Soup requires six beetroots to make, and a wooden bowl — at least you get the bowl back after drinking it. It’s just another worthless recipe that you’ll never go to the extra effort to make. It gives you the exact same benefits as a Cooked Chicken, which any sane player will absolutely go for first. Chickens are easy to breed and cooking them is simple. Why bother with beetroots at all when basically every other food you can grow is better?

And Beetroot Soup is no better than just eating six beetroots. I guess… it’s faster?

The king of useless items. The Ender Dragon Egg is a trophy and nothing else. There is only one Dragon Egg in the entire game, generated in the Ender Dragon’s lair, making it both the hardest item to obtain and the rarest. If you manage to get the Dragon Egg… you can place it in your house, just to let everyone know you got it.

It didn’t have to be this way. Games like Valheim give purpose to boss loot. By taking rare items dropped by bosses to your ancestral stone spawn point, you can unlock permanent upgrades for your Viking. The Dragon Egg calls for something like this — maybe it could be used to brew up a super potion? Or you could make a rocking set of armor that gives you dragon horns! The possibilities are endless. The developers went with nothing at all.

The mother of useless items. Poisonous Potatoes are just rare enough that you’ll sometimes forget they exist until they pop into your inventory while harvesting a crop. They’re just bad potatoes that poison you when consumed. You can’t throw them to poison others. You can mix them in brewing stations to make poisonous potions. You can’t even dump Poisonous Potatoes into a Mulcher. They’re purely lava fodder. Toss in the trash when too many are junking up your inventory. They’re not even good prank material! If you give a friend a Poisonous Potato, they can CLEARLY see it isn’t good, and they won’t eat it!

The Poisonous Potato is every Minecraft player’s most disliked item for good reason. You’ll get plenty of them if you’re a potato farmer, they have no additional use, and they’re just junk. Rotten Meat is far more useful than a Poisonous Potato. If you don’t have a lava pit in your home, this is why you’ll need one.

Even the most useless items in Minecraft aren’t truly useless. The items here can be used for decoration — or just for fun! And there’s nothing wrong with that. We just love to complain sometimes. Let us know which useless junk you like the most from your favorite building / survival games. 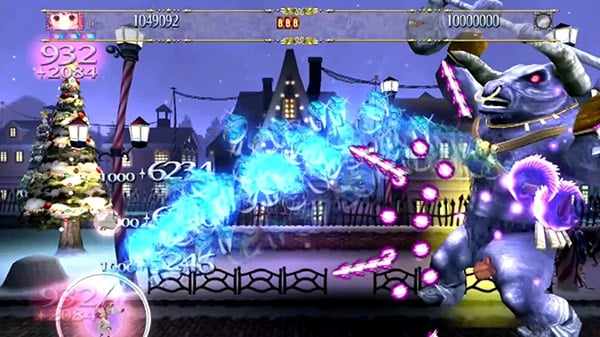 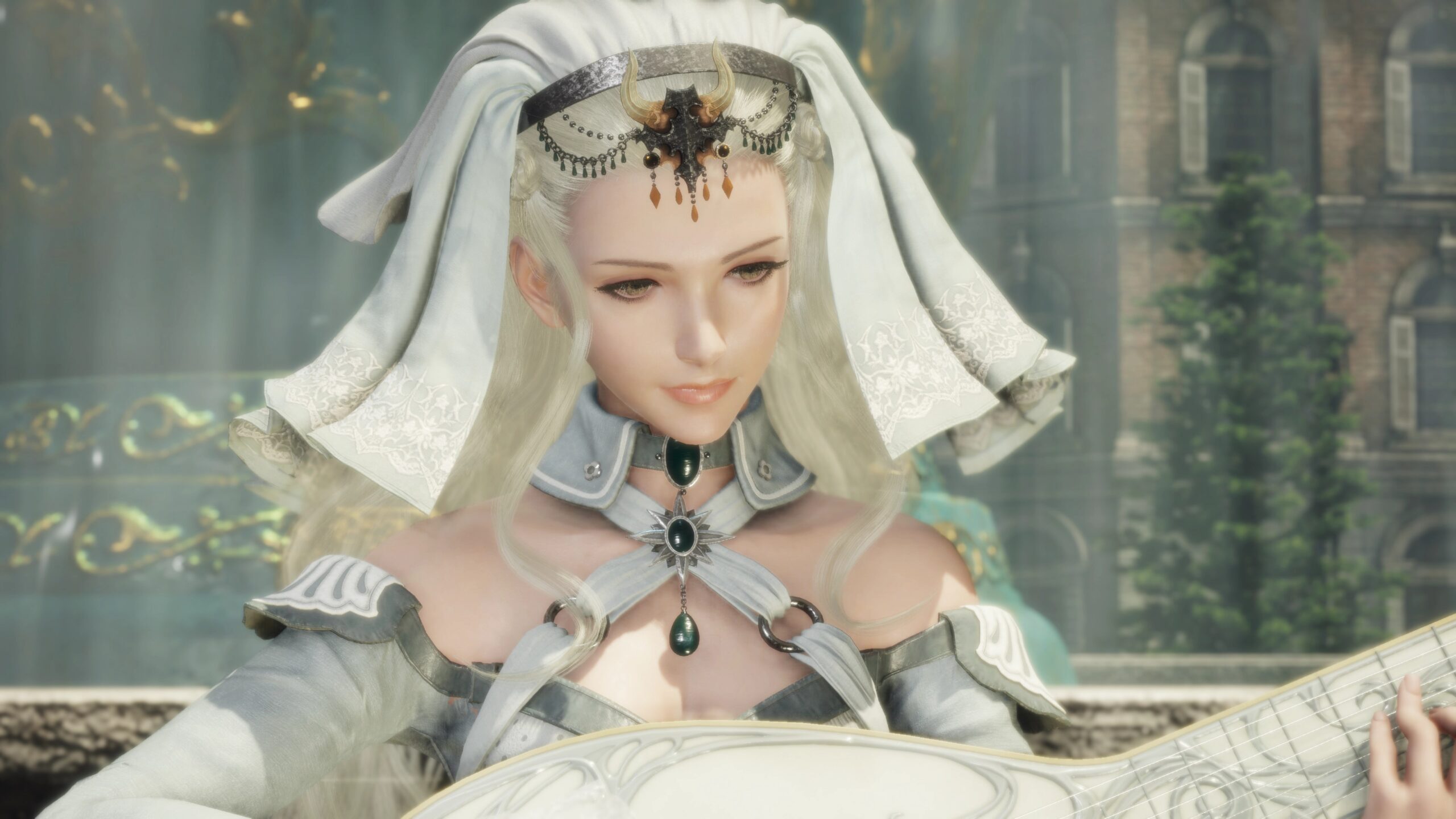 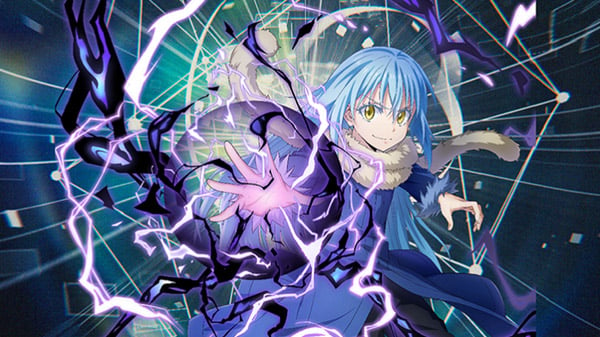 [ad_1] Bandai Namco will release That Time I Got Reincarnated as a Slime: ISEKAI Memories for iOS and Android in the west in 2021, the company announced. Pre-registration is available now via App Store and Google Play. The nation building 3D battle RPG was first announced on March 27 in Japan, where it is titled … Read more [ad_1] Fenix Fatalist Horizon Zero Dawn was a massive hit when it launched back in 2017. Developed by Guerrilla Games, this was the studio’s first new IP since they brought out the Killzone franchise. Now the studio has struck gold with this iconic series as it tosses players into the distant future long after humanity … Read more