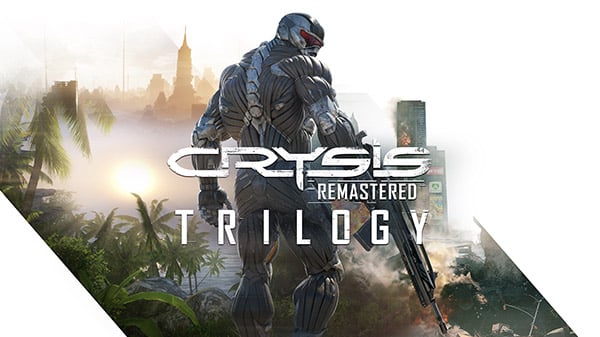 Crysis Remastered Trilogy will launch for PlayStation 4, Xbox One, and PC via Epic Games Store on October 15 for $49.99 / €49.99, publisher and developer Crytek announced. The PlayStation 4 and Xbox One versions will be available at retail, and individual retail releases for each title in the Trilogy will follow for Switch at a later date.

The Trilogy includes Crysis Remastered, Crysis 2 Remastered, and Crysis 3 Remastered, all of which are remasters of the single-player campaigns of the original games. Read more about each game here.

Crysis 2 Remastered and Crysis 3 Remastered will also launch individually for PlayStation 4, Xbox One, Switch, and PC via Epic Games Store on October 15 for $29.99 / €29.99 each.

Cryis Remastered is already available across all platforms, and is coming soon to Steam.

When played on PlayStation 5 or Xbox Series X, Crysis Remastered Trilogy plays between 1080p and 4K resolution at up to 60 frames per second, achieved with dynamic resolution. It also features improved lighting and visually enhanced characters, weapons, and environments, plus high-definition textures.

Watch a new set of comparison trailers below.