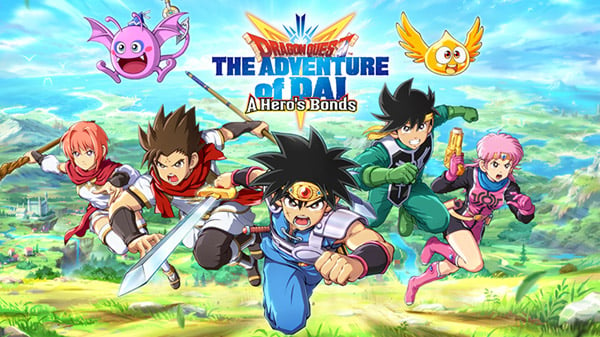 Serialized in Weekly Shonen Jump magazine, with 47 million copies in circulation in Japan, Dragon Quest: The Adventure of Dai is a timeless masterpiece that has made its mark in manga history, and has been reborn as a brand new, critically acclaimed animated series!

Now, you can relive the legend of The Adventure of Dai in this new action-packed RPG, re-made and optimized for your mobile device. With another crisis facing the world, Dai makes a promise to his mentor, encounters new friends, and slowly learns about his own inescapable fate. This is the beginning of Dai’s adventure, and his quest to become a true hero!