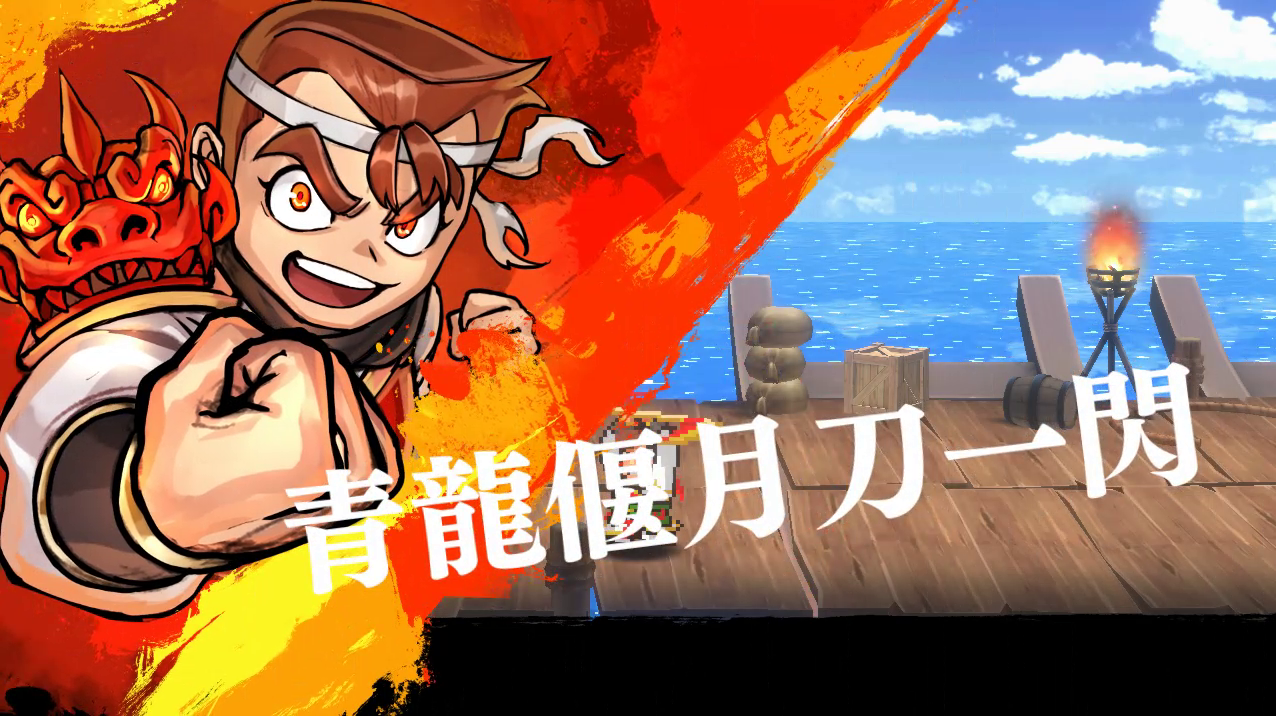 In Kunio-kun no Sangokushi dayo: Zeiin Shuugou!, the characters of the Kunio-kun series run-amok in the world of Sangokushi. The game, which follows the flow of the popular Downtown Special Kunio-kun’s Historical Period Drama!, sees players cross countries and challenge the Romance of the Three Kingdoms.

Set in the late Han Dynasty during the Warring States period where local warlords rivaled against each other, a nonsensical and exhilarating comedy adventure will unfold with Guan Yu (Kunio) as the protagonist living in the turbulent age. Additionally, familiar characters will also appear as warlords and tacticians, dyeing the world of Sangokushi in Kunio-kun. Experience the start of the turbulent age that is the “Yellow Turban Rebellion,” the famous “Battle of Red Cliffs,” and more in the style of comical action.

The game uses the series’ familiar “belt scroll action.” Intricately connected areas form a vast stage. In addition to battlefields, there are also towns and villages where you can shop. You can also go sightseeing in various terrains by visiting every corner of each area.

When talking about Sangokushi, flashy “Strategems” are always there to turn the tables. Using powerful Strategies will have a huge effect on all the enemies on the screen. Also, you can also discover secret rooms and hidden passages by using them in certain places…

Kunio-kun no Sangokushi dayo: Zeiin Shuugou! is due out for Switch in December 2021 in Japan, followed by PlayStation 4 and PC via Steam sometime after April 2022.

Visit the official website here. View the screenshots at the gallery.