After defeating Kraid, Samus’s adventure takes us to many new (and old) locations. This is one section where we won’t blame you for getting lost. You’ll need to travel to new zones, backtrack through old ones, and finally get some real exposition about the story. You won’t even have to deal with too many EMMI for once! There are three major upgrades we’re hunting in this section; the Morph Ball Bomb, the Speed Booster, and the Grapple Beam.

There are two major new areas we’ll explore; Ferenia and Burenia. Ferenia is an opulent Chozo facility, while Burenia is an underwater science lab that’s having some power problems. We’ll mostly be focusing on cleaning up and completing Burenia — including taking out a big boss. But, there are other surprises along the way, including a surprise mini-boss that’s going to challenge Samus’s dodging skills. Let’s get to work, Bounty Hunter.

After defeating Kraid, you’ll return to Dairon with the Diffusion Beam. You’ll have to take care of EMMI, and you’ll finally acquire the Bomb upgrade. This section takes you back to old areas and sends you into new ones. We’ll also finally learn what’s going on in the story.

In Dairon, use Diffusion Beam to blast through the floor and then enter the Wide Beam Cover door, which leads to an extreme heat room.

In the EMMI Zone, you’ll need to climb up in the second room. EMMI is too fast — lead it into the room on the left with the Spider Magnet plate on the ceiling. Run to the far side and use Phantom Cloak to evade it. When it gives up, you can climb up the main path.

Unlocking The Bomb Upgrade: Once the generator is restored, go to the room to the left of the upper Save Station — you’ll acquire the Bomb upgrade for your Morphball.

With the Bomb Upgrade, go down into the room beneath the Save Station with the Morph Ball Launcher — its across from the upper-left EMMI Zone door.

Follow the Morph Ball Launchers until you reach the Tram Exit on the far left of the map.

Inside Burenia, follow the path to reach the Network Station. At the fans (with the Energy Part) shoot through the floor to find a hidden path.

Go up to the Save Station and then travel right. Above the Energy Tank, jump onto the Spider Magnet plate and ride to the Shutter door. Use Flash Shift to get across.

In the water tank room, break the left and right pustules to drain the water low enough to access the alcove near the door on the right wall that’s blocked by debris. Use the Diffusion Beam to break it.

This leads to a lower tram that takes you back to Dairon.

Back in the lower-left area of Dairon, you’ll enter an EMMI Zone. This is a large area — in the large room, ignore the top level (requires the sprint powerup) and look for a door on the center-left side of the room.

Return to the large generator room (upper right) and break through the Speed Booster Blocks on the right wall. Continue right (to the Save Station) and reach the room adjacent to the Catarsis tram. Use Shinespark to blast through the Speed Blocks here and access the Yellow Teleporter.

The Yellow Teleporter takes us back to Artaria.

Back in Artaria, go to the left room and break through the Speed Booster Blocks in the upper-left corner.

This leads to an elevator that takes you to the lower-right entrance of Dairon.

Back in Dairon, enter the EMMI Zone door, and go up. If you haven’t already, jump through the Speed Boost Blocks and access the room just below the purple exit.

The lift takes Samus to Ferenia.

In the strange Chozo palace, travel up and into the EMMI Zone. No EMMI yet. Drop through the floor to get a lot of exposition about the plot.

Chozo Soldier Miniboss: The Chozo Soldier can only be harmed with missiles and charged beam attacks. When he raises his blade and flashes red, Flash Shift over his attack. If he doesn’t, you can counter his attack.

Past the boss, go to the wind turbine room and use Speed Booster to run against the wind. This path leads to yet another elevator.

This lift takes you back to Dairon.

You’ll enter a Network Station — your goal is the top of Burenia. Take the left-center exit to Burenia.

In Burenia, you’ll need to reach the center-top of the map. To get there, use Speed Booster to get through the wind turbine hallway.

Go to the large room to the right of the Network Station. The top of the room has moved, go up and through the left door to use the Map Station.

Climb up to the top of the facility, following the linear path to the boss door. Don’t forget you can use the Grapple Beam on blue magnetic walls.

Phase 1: Drogyga is an underwater creature with multiple tentacle claws. It spits blue / red orbs at you — break the blue orbs for health and missiles.

Keep shooting the weak spot above the center of the creature until it is weakened — when it is weakened, shoot the green generator to lower the water, then grapple onto the plate and ride to the opposite side. Shoot the second generator before it recovers, and it will exposes its core.

Phase 2: In Phase 2, Drogyga attacks more often and faster. It will bunch up all three tentacles — when it does this, use Grapple Beam on the magnetic plate above, then drop down to avoid its next attacks.

It will also generate fewer orbs, so save your missiles for its core! Keep hammering it and score those two counters, and this fight won’t take too long.

Once you defeat the boss, step into the center of the room to fall through the floor. Now all the tentacles that have infected the facility are dead.

Continue up to reach a Save Station and an Exit Elevator. The elevator takes you to a new area — Ghavoran. 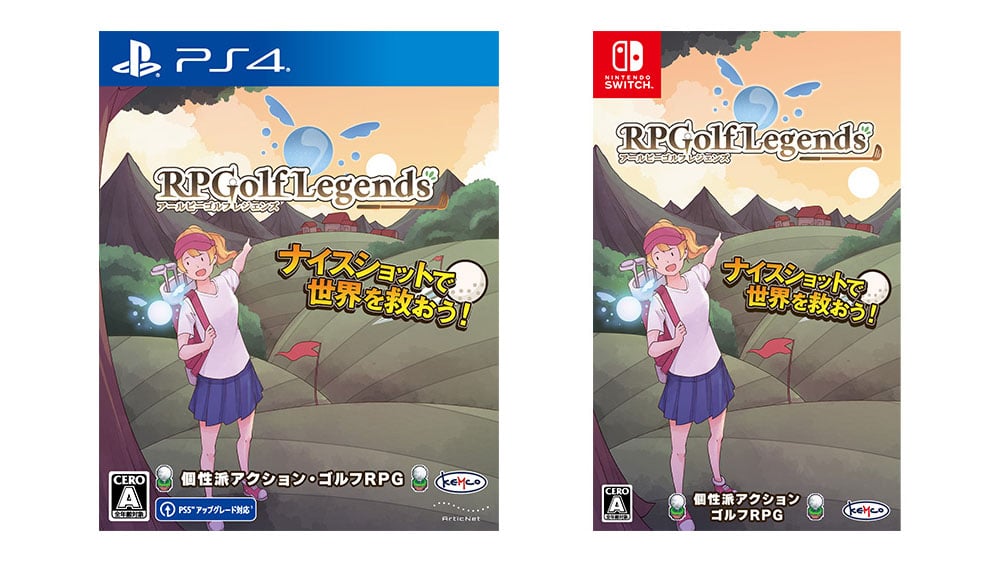 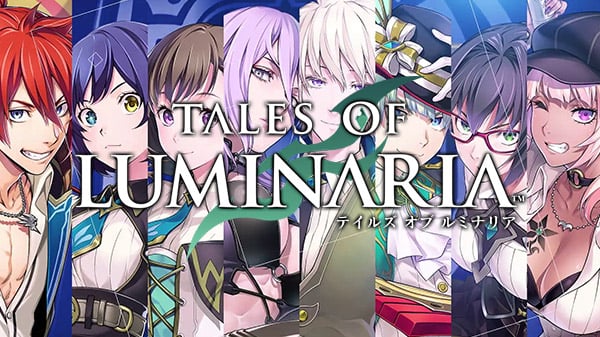 [ad_1] Publisher Bandai Namco and developer Colopl shared new information and footage for Tales of Luminaria during its first Tales of Luminaria Show, as well as opened pre-registration for iOS via App Store and Android via Google Play. The new information includes details on the game’s story and 21 main characters, a new trailer titled … Read more 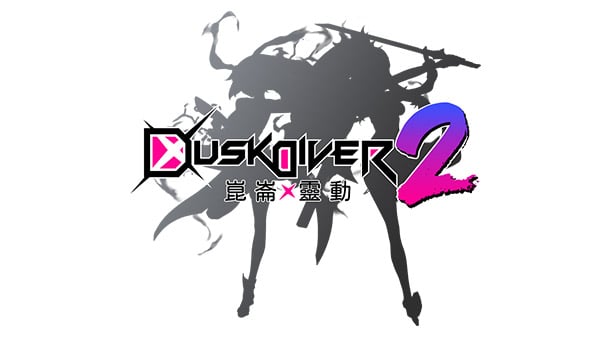 [ad_1] Publisher Justdan International and developer Wanin Games have announced Dusk Diver 2 for PlayStation 4, Switch, and PC (Steam). It will launch this winter. Watch the teaser trailer below. Visit the teaser website here. Comment Policy Comments are welcome and encouraged on Gematsu. However, we ask that you follow a simple set of guidelines: … Read more 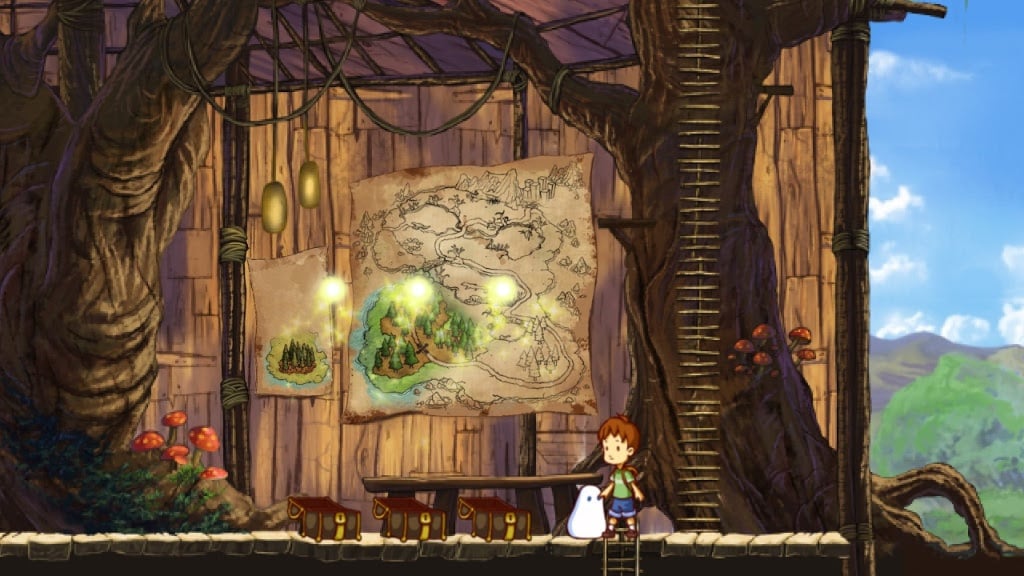 [ad_1] Silent Hill fans have been going through a long drought with no video games released or announced. This franchise was a massive hit when it first got started on the PlayStation thanks to the in-house group from Konami, Team Silent. With a variety of characters, enemies, and details fans continue to go back and … Read more