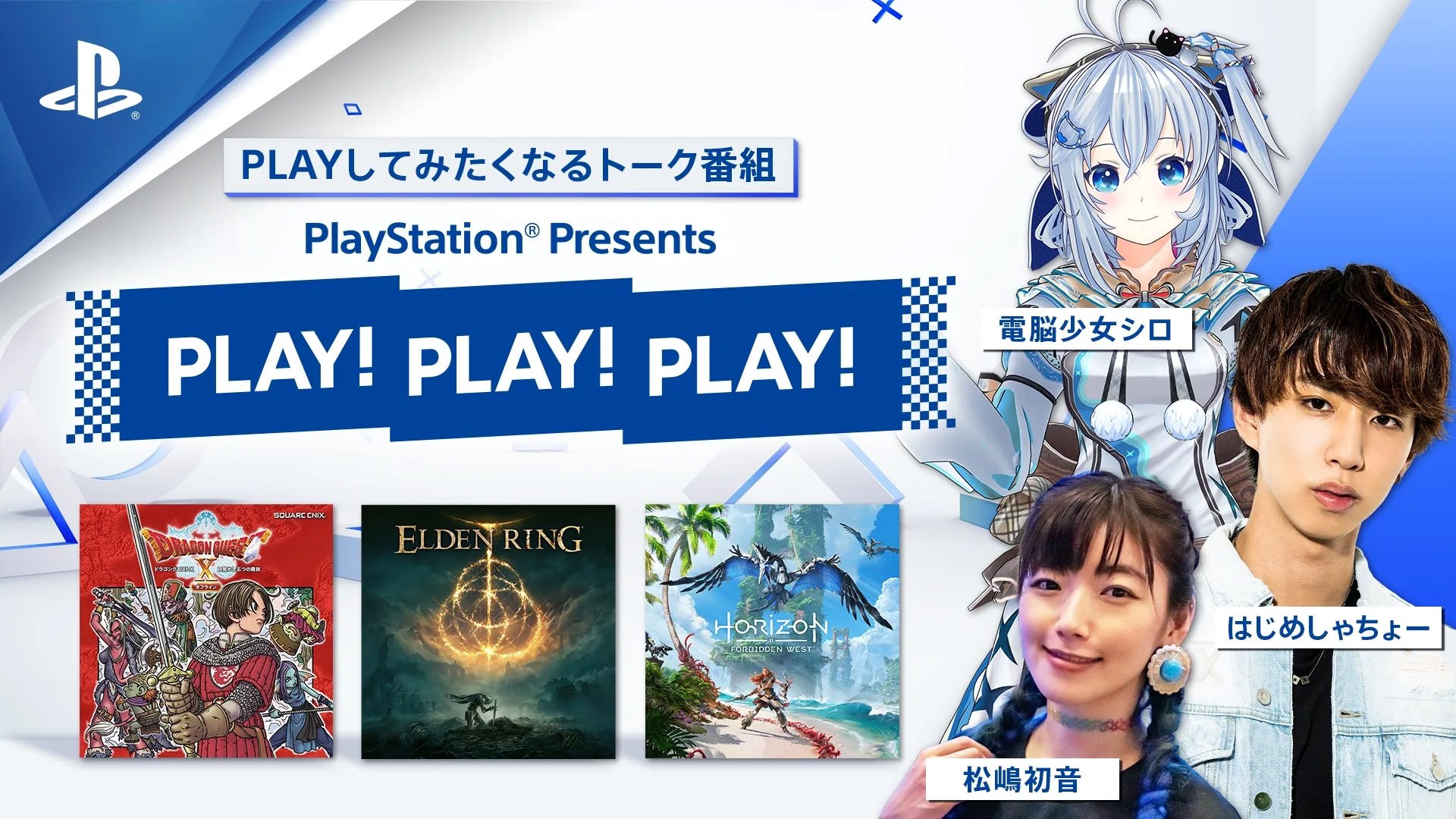 Sony Interactive Entertainment Japan Asia will host a new “Play! Play! Play!” live stream on October 16 from 20:00 to 21:00 JST featuring Dragon Quest X: Rise of the Five Tribes Offline, Elden Ring, and Horizon Forbidden West, the company announced. You will be able to watch it on YouTube.

The following titles will be featured in addition to the above titles:

It should be noted that NetEase Games has yet to officially announce Knives Out: EXTREME, but Sony Interactive Entertainment Japan Asia notes that it will launch in 2022 in Japan.

The October 16 “Play! Play! Play!” broadcast will be the second episode of the program. The first episode aired back in March with a focus on Resident Evil Village and Final Fantasy VII Remake Intergrade.