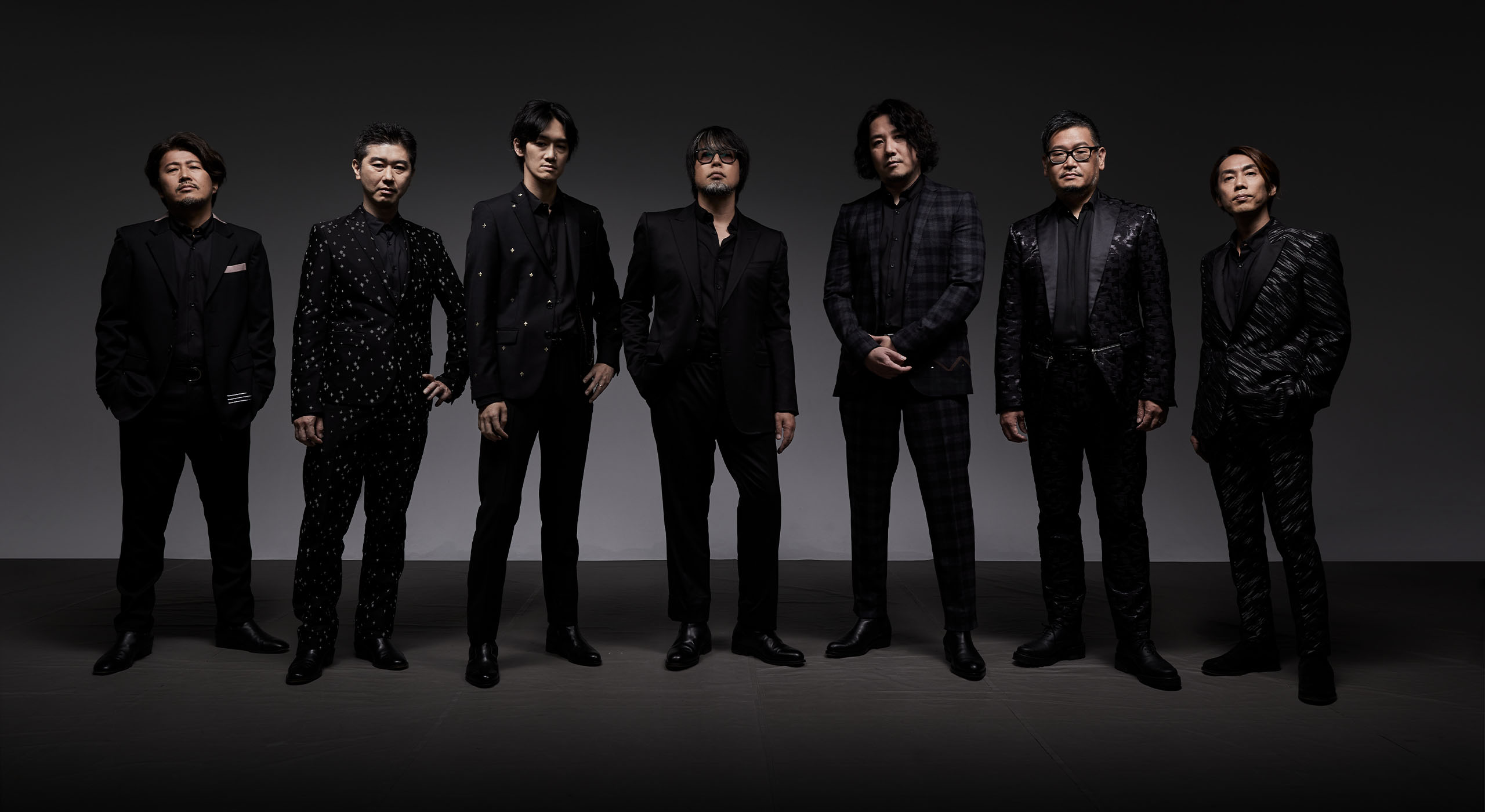 Sega has announced a new structure for Yakuza and Lost Judgment series developer Ryu Ga Gotoku Studio, as well as the departure of now-former studio head Toshihiro Nagoshi and producer Daisuke Sato. New studio head and longtime Yakuza series producer Masayoshi Yokoyama also confirmed that the next entry in the series, a sequel to Yakuza: Like a Dragon that continues Ichiban Kasuga’s story, is currently in development.

Get the full announcement below.

2021 marks Ryu Ga Gotoku Studio’s 10th anniversary. From the Yakuza series to the Judgment series and beyond, we sincerely appreciate everyone who has supported us and our endeavors to this point.

As we reach this 10-year milestone, Ryu Ga Gotoku Studio will transition to a new structure.

We will continue our mission to bring you the best entertainment through our games, so please look forward to our bright future.

What is “Ryu Ga Gotoku”?

Two years ago when we announced Yakuza: Like a Dragon, there was a lively discussion among fans, and we were able to learn a lot from it.

Some of these were ideas that I’d never considered when we founded Ryu Ga Gotoku Studio.

Back then, we were desperately living day to day just trying to secure our future happiness. We had to sacrifice a lot to achieve that.

Perhaps, because we devoted ourselves to keep facing these challenges head-on, we were able to keep going for this long and achieved this milestone of 10 years as a studio.

The world can change in a blink of an eye. And that requires us to change as well. It affects the way we work, the way we live, our morals and values, and even the way we make games.

However, I did not want to rely too heavily on that. So although I had little influence at the time, I kept fighting for change. Ten years have passed since then, and that resistance I had felt has changed to a feeling of comradery over time and now, I am inheriting the studio from a great creator.

In announcing the new structure of the studio, I contemplated what I should convey to everyone. Then, I remembered the words I said on August 31, ten years ago, onstage at the Ryu Ga Gotoku Studio launch announcement:

“I’m proud to be standing here as a member of the studio today.”

At the time, I had an immense sense of pride in “Ryu Ga Gotoku,” and that feeling hasn’t changed today. To me, it is something I must protect.

For fans who have supported the series and for actors and development staff, the games Ryu Ga Gotoku Studio creates must be something that all can be proud of.

This time, I boldly stand in front of you with the key members of the studio to express my determination just as we did ten years ago.

Though, now that you see me acting all cool in this photo, it’s going be extra uncool if the games don’t live up to our standards, so I’m going to give it my all and stay true to my words.

I’m not going to say, “please believe in us!” We’ll continue to do our best and let our games do the talking. And I hope that you would support and watch over the future endeavors of Nagoshi and Sato, who are embarking on a new journey just as we are.

Ryu Ga Gotoku’s predecessors have passed down their beliefs and know-how to each and every staff member. You can witness it in the recently released Lost Judgment and will see it in the upcoming sequel to Yakuza: Like a Dragon (Editor’s Note: Referenced as “Yakuza 8 (title tentative)” in the Japanese version of this message), which will continue Ichiban Kasuga’s story.

This game is currently being developed by producer Sakamoto and directors Horii, Ito, and Mitake. I myself, along with Takeuchi and Furuta, are working on the story.

Whether it’s six months or one year from now, I hope to show you a new Ryu Ga Gotoku title by a new Ryu Ga Gotoku Studio that is different but still the same, and something that will spark a feeling of “this is what we are waiting for” within you. I’d like to continue on my life as a video game creator with earnestness.

Thank you very much for your continued support.

As I depart from SEGA, I’m also leaving my position as the head of Ryu Ga Gotoku Studio. Thank you to the fans who have supported us and the Yakuza series for many years. You have my sincerest and deepest gratitude.

I persisted and am here now thanks to what I learned from many people around me. It’s credit to the colleagues who supported such that I could hone my mindset to continuously push boundaries.

As of today, a new Ryu Ga Gotoku Studio is born where the series will live on. Though I don’t know for sure what they will create, I believe the new generation will further enhance the foundation we built over the years and deliver great games to the world. To achieve that, they too need to continue to learn, challenge themselves, and grow. I ask that you continue your support of the studio’s endeavors.

Once again, I would like to express my deepest appreciation to all of you. Thank you so much for your support. Stay tuned for the many new beginnings!

Thank you very much for your continued support of Ryu Ga Gotoku Studio.

On a personal note, I would like to take this opportunity to inform you that I am leaving SEGA to take a different path. Going forward, Series Producer Yokoyama will succeed the Studio Lead position, and Producer Sakamoto and Director Horii will become core leaders within Ryu Ga Gotoku Studio.

I have been involved in Yakuza’s development from the beginning and served as head of Ryu Ga Gotoku Studio for nine years, so I feel a strong attachment towards it. It is sad to leave the place and colleagues who I shared many ups and downs with, but Ryu Ga Gotoku Studio has grown to a strong organization after 10 years since its birth.

I believe that the studio has the power to not only continue the Yakuza series, but also to carry on that momentum even further beyond. The studio’s talented personnel are very capable of accomplishing this, which is why I can leave it in their care with confidence.

I am very grateful for being involved in the series that has lasted for 15 years, and I would like to extend my gratitude to all the fans who have supported us, the staff who have worked together to grow the Yakuza series, as well as everyone in the industry that touched the Yakuza series in some way.

I look forward to seeing new titles and will continue to support Ryu Ga Gotoku Studio—this time, as a fan.

I hope the fans will continue to support the new Ryu Ga Gotoku Studio. Once again, thank you so much for your support over the years. [ad_1] The latest news on the upcoming FIFA 22? That you’re going to be able to take away one of the most irritating weapons for other players to use against you. When playing Ultimate Teams, you’ll be able to turn off celebrations so that you won’t have to be annoyed by what your opponent does … Read more 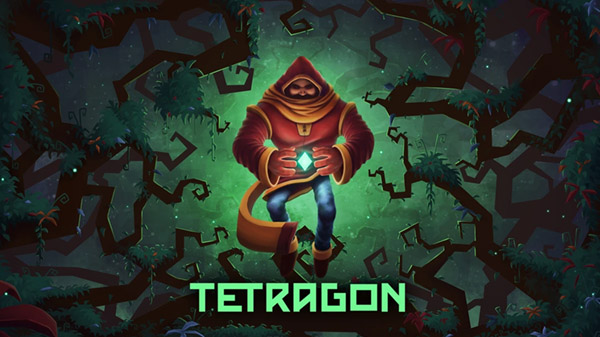 [ad_1] Puzzle adventure game Tetragon will launch for PlayStation 4, Xbox One, Switch, and PC via Steam on August 12 for $14.99, publisher Buka Entertainment and developer Cafundo Creative Studio announced. A demo featuring the first chapter of the game is available now across all platforms. Here is an overview of the game, via Buka … Read more [ad_1] Battlegrounds Mobile India (BGMI) developer Krafton has announced key dates for various upcoming upgrades, new modes, as well as India-specific events schedule. These modes were previously seen on PUBG Mobile, and the in-game events will be themed around Diwali. The South Korean developer’s aim seems to be to give a PUBG Mobile-like experience on … Read more [ad_1] The Borderlands franchise is celebrating the second anniversary of Borderlands 3. This installment has been played by fans worldwide, and they are continuing to find a reason to jump back into the gameplay. As a result, the Gearbox Software developers offers players special events to give another incentive to stick around with the game … Read more