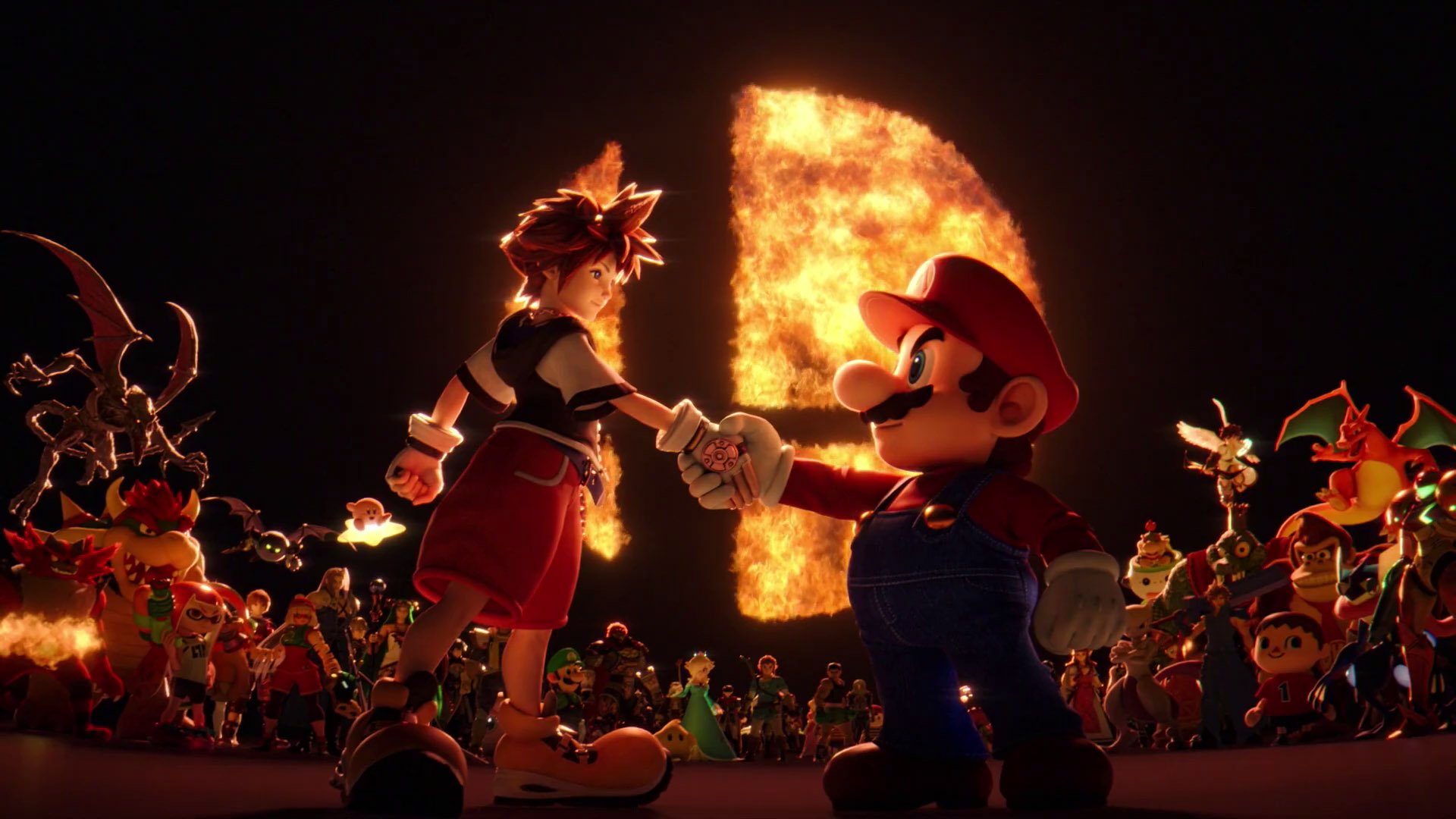 Nintendo announced Sora from the Kingdom Hearts series as the final Super Smash Bros. Ultimate downloadable content character. He will launch on October 18.

Round 11 of Mii Fighters costumes were also announced, which include the Octoling (Wig) and Judd (Hat) from the Splatoon series, and Doom Slayer (Gunner) from the DOOM series.

Get the latest details below, via Nintendo.

In a video hosted by Masahiro Sakurai, the Super Smash Bros. series director revealed that Sora from the Kingdom Hearts series will be the final downloadable content fighter added to Super Smash Bros. Ultimate on October 18, completing an extraordinary, nearly three-year journey of new fighters across video game history joining the game’s roster. Sora is part of the “Challenger Pack 11” downloadable content, which also includes a new stage and a selection of music tracks from the Kingdom Hearts franchise. The video presentation provided a deep dive into the new fighter’s move set, as well as a detailed look at the newly added Hollow Bastion stage.

Challenger Pack 11 is part of Super Smash Bros. Ultimate Fighters Pass Vol. 2, which can be purchased for a suggested retail price of $29.99 and also includes Min Min from the ARMS game, Steve & Alex from Minecraft, Sephiroth from Final Fantasy VII, Pyra / Mythra from the Xenoblade Chronicles 2 game, and Kazuya from the Tekken franchise. Challenger Pack 11 can also be purchased separately for $5.99.

The protagonist of the Kingdom Hearts series is Sora, a young boy who wields the iconic Keyblade and traverses Disney and Pixar worlds, battling enemies known as the Heartless to overcome darkness and restore peace to the realms. His signature look and airborne moves from the Kingdom Hearts games transition perfectly to the battlefields of Super Smash Bros Ultimate, offering an approachable fighter with a unique feel that helps Sora stand out on his own.

Inspired by his moves in Kingdom Hearts, Sora excels at fighting in the air when playing him in Super Smash Bros. Ultimate. His jumps are high and his movements are light and soft. While he is easily launched by opponents, Sora’s powerful, combo-based attacks using his mighty Keyblade make him a formidable challenger.

Using a series of intuitive button presses, Sora can perform all types of different combos with his Keyblade, be it straight-on attacks, aerial moves or side smashes. He can also use Magic, just like in Kingdom Hearts. Fans will recognize the Firaga, Thundaga, and Blizzaga spells, which can be unleashed in various ways to cover the battlefield with a volley of impressive hits. Sora can also activate his Final Smash, called “Sealing the Keyhole,” to send his worthy opponents flying.

The new stage that players will receive in Challenger Pack 11 is Hollow Bastion. Fans of the Kingdom Hearts series will immediately recognize this familiar location, featured heavily in many of the franchise’s games. The dynamic stage contains one platform in its center, and, as the battle nears its close, players will travel to a special area inspired by Dive to the Heart with visuals featuring some familiar faces from the Kingdom Hearts series.

After downloading Challenger Pack 11, players will also receive nine music tracks from the Kingdom Hearts series. An additional music track, “Dearly Beloved -Swing Version,” will be added to this game for those who have played Kingdom Hearts: Melody of Memory. A new Spirit Board starring characters from Kingdom Hearts like Riku, Kairi, and Roxas will also be added.

Additionally, new paid in-game costumes for the Mii Fighter, including Doom Slayer, Octoling Wig and Judd Hat, will be available to enjoy separately.

Watch a new set of trailers below. View a set of screenshots at the gallery.