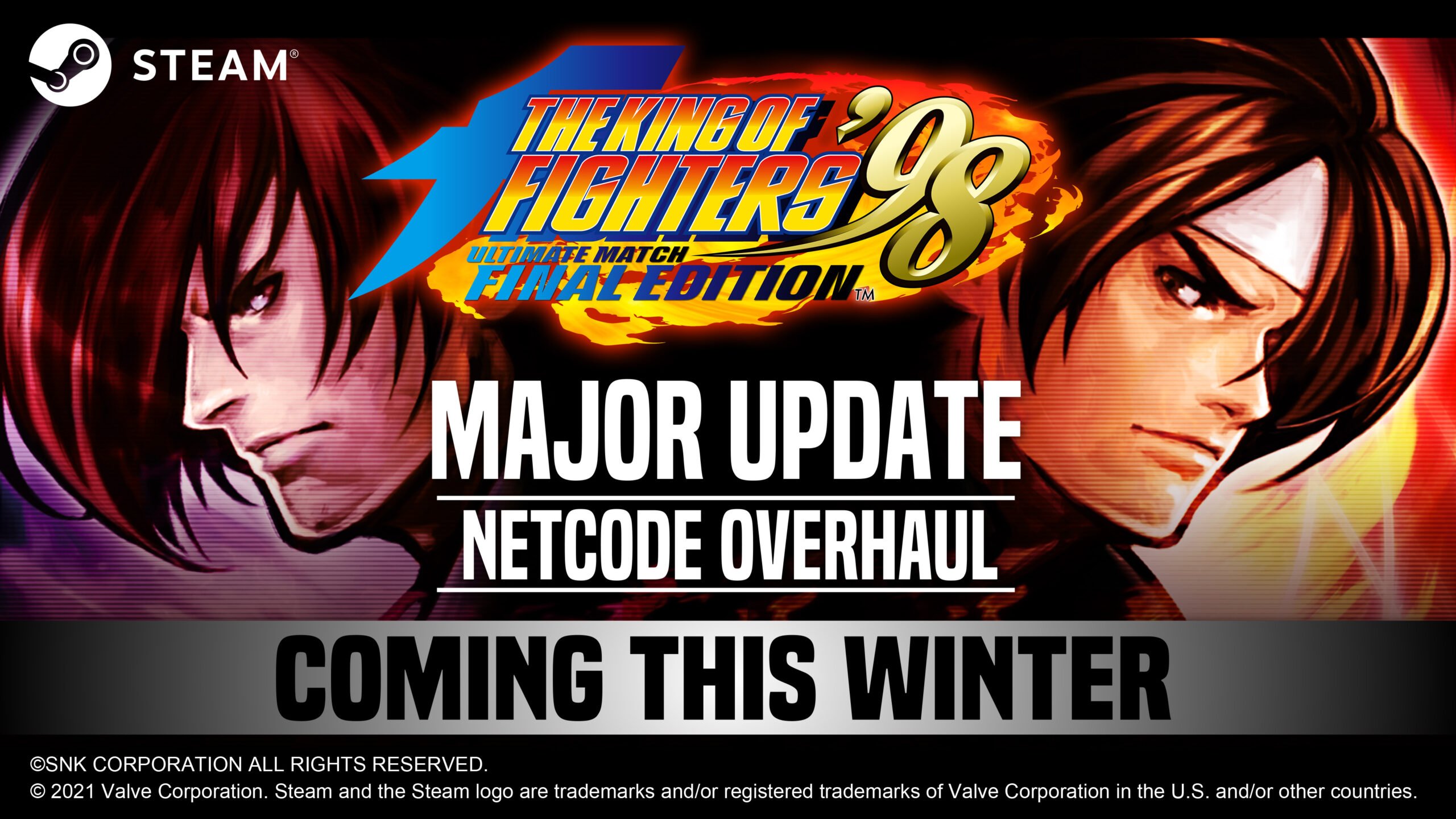 The King of Fighters ’98 Ultimate Match Final Edition for PC (Steam) will receive a major update including rollback netcode this winter, publisher SNK Corporation and developer Code Mystics announced. Dates for the beta test will be announced soon.