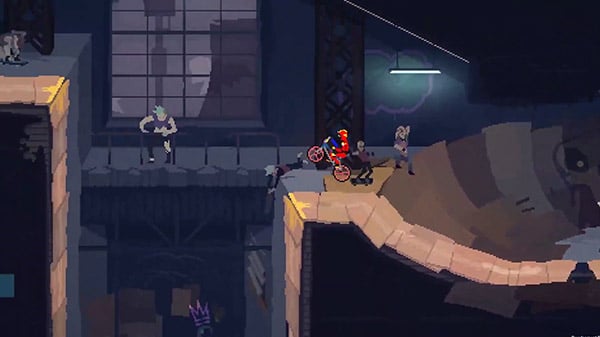 Outerminds has released the debut trailer for Turbo Kid, the upcoming Metrodivania game based on the movie.

A Kickstarter campaign to fund the game will launch on August 20.

Here is an overview of the game, via Outerminds:

Turbo Kid is the upcoming post-apocalyptic Metroidvania by developer Outerminds in collaboration with the creators of the film RKSS Films, band Le Matos, and producer EMA Films.

Based on the film of the same name, the game takes place in the distant future of 1997, where The Kid must fend for himself as he crosses the wasteland in search of a friend.

In keeping with the movie, the game will feature sprawling and diverse environments, comically over the top gore, a heartwarming story, and cool BMX tricks, all wrapped up in a throwback package.

Turbo Kid is planned for release in 2022. Platforms have yet to be announced.