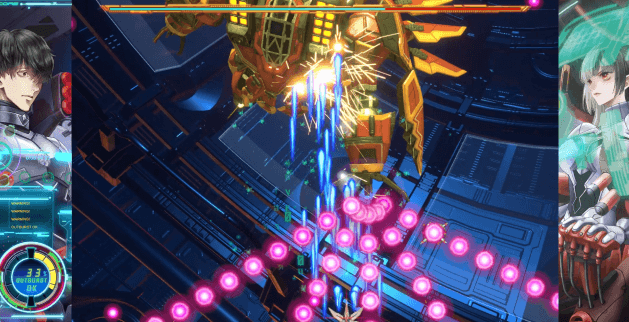 Each chapter is based on a different set of characters in this deep, multifaceted story. Unravel the mystery behind the incidents as you close in on the truth behind Yurukill Land!

Investigate attractions and uncover clues to help solve the puzzles you encounter.

With their sights set on victory, the teams face their attractions in the Yurukill Games. The documents you acquire by solving puzzles are the key to unlocking the secrets behind everything.

Glean hints from helpful conversations there to support the player and ensure even the toughest riddles aren’t an obstacle to enjoying the game.

Lay it all on the line in extreme, life or death cross-examinations!

Executioners can end the life of their Prisoners any time via their Yurukill Passports. With their lives hanging in the balance, Prisoners must face cross-examination at the hands of their Executioners.

Make the correct selections within the time limit and weave through all the obstacles in the conversations!

Prisoners and Executioners pilot Yurukill Fighters within the virtual reality generated by the BR. Prisoners must stake their lives on these nail-biting firefights as they seek the truth behind the incidents they stand accused of!

Difficulty can be adjusted for players wishing to focus on the story.

Take to the helm of your Yurukill Fighter and delve into the details of your alleged crimes in high-speed quizzes.

Gain lives for use in the BR depending on how many answers you get right.

As a Prisoner, you’ll be hunted down by a whole host of different foes.

Defeat your assailants, and avoid being gunned down as you try and get through to your Executioner!

Explore a visual representation of your Executioner’s mind.

Use the evidence you acquire during the adventure sections to destroy the prejudices lurking in their heads, and free them from the notion that you, the Prisoner, are guilty.

The neuron pathway is a visualization of the route leading to the core of the Executioner’s brain, containing what they perceive as the truth.

Complete the sentences relating to each incident and clear a way through the labyrinth of thoughts.

Smash through “Mind Walls” and “Brain Barriers”—the shields that manifest to protect the Executioners’ innermost thoughts—and prove that you’ve been falsely accused!

Run the gauntlet over and over in the Shooting Mode—unlocked as you progress through the main story.

Each Prisoner pilots a different Yurukill Fighter with its own quirks, allowing for a variety of playstyles.

In this mode players can face a stage of their choice in Stage Score Attack, or play through all unlocked stages consecutively in Complete Score Attack. With freedom over which stage you play and a variety of difficulties to choose from, they’re also perfect for practice.

Aim to beat your own score in the top 100 personal best ranked mode, or compete with players nationwide for the top spot in the online ranked mode.

Choose a play style that suits you and aim for that elusive high score!

Yurukill: The Calumniation Games is due out for PlayStation 5, PlayStation 4, Switch, and PC via Steam in spring 2022.